Standing Rock Cemetery, recognized as one of the most beautiful in northern Ohio, dates back to October 25, 1857 when Franklin Township Trustees acquired five acres from Roland Dewey for $400. Prior to that time, the community had been served by what is known today as Pioneer Cemetery, a two-acre burial ground that had been deeded to the Township by the founding Haymaker family. The burial ground dates back to 1810 and the death of Eve Haymaker.

The land was surveyed and lots were sold in 1859, the year of Standing Rock’s first burials. The St. Patrick cemetery was dedicated in 1859 and maintained 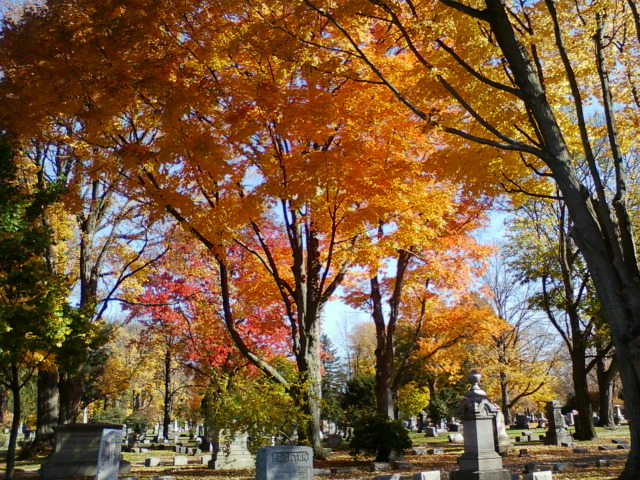 by Standing Rock Cemetery. In 1963 Standing Rock officially acquired St. Patrick’s cemetery from the church and the two burial grounds have been operated simultaneously since that year.

In the early 1860’s, graves and headstones of many of the Township’s first settlers were moved from the Stow Street Cemetery, now known as Pioneer Cemetery, to the new Standing Rock Cemetery.

Prior to 1867, expenses of operating the Cemetery were borne by the Township. Thereafter, expenses have been shared by the Township and the City of Kent under the operating authority of a board whose membership includes one city councilman, one trustee and one citizen appointee.

John Davey, native of England whose science of tree surgery led to the founding of the Davey Tree Expert Company in 1909, was Standing Rock’s first sexton. When he arrived in 1881, the cemetery was nothing more than an overgrown burial ground. His plantings and design transformed the Cemetery into one of beauty.

The Cemetery’s Chapel was erected in 1924. It is now the cemetery office.

Breakneck Cemetery, originally located along Rhodes Road in the ea 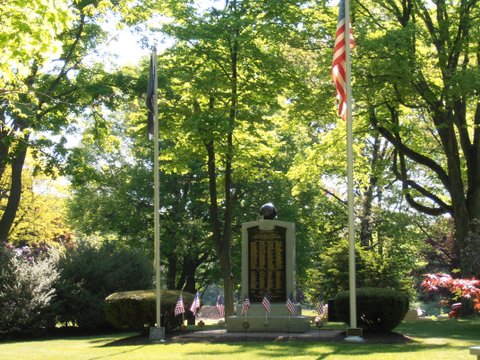 stern section of the Township, was moved in the 1970’s to a site in the northeastern corner of Standing Rock to make way for a commercial development in the breakneck area.

Our veterans’ circle serves as a reminder of those who fought for our many freedoms and dates back to the civil war. Standing Rock Cemetery is rich in history and the staff strives to preserve that history for future generations as well as serving our present day needs. 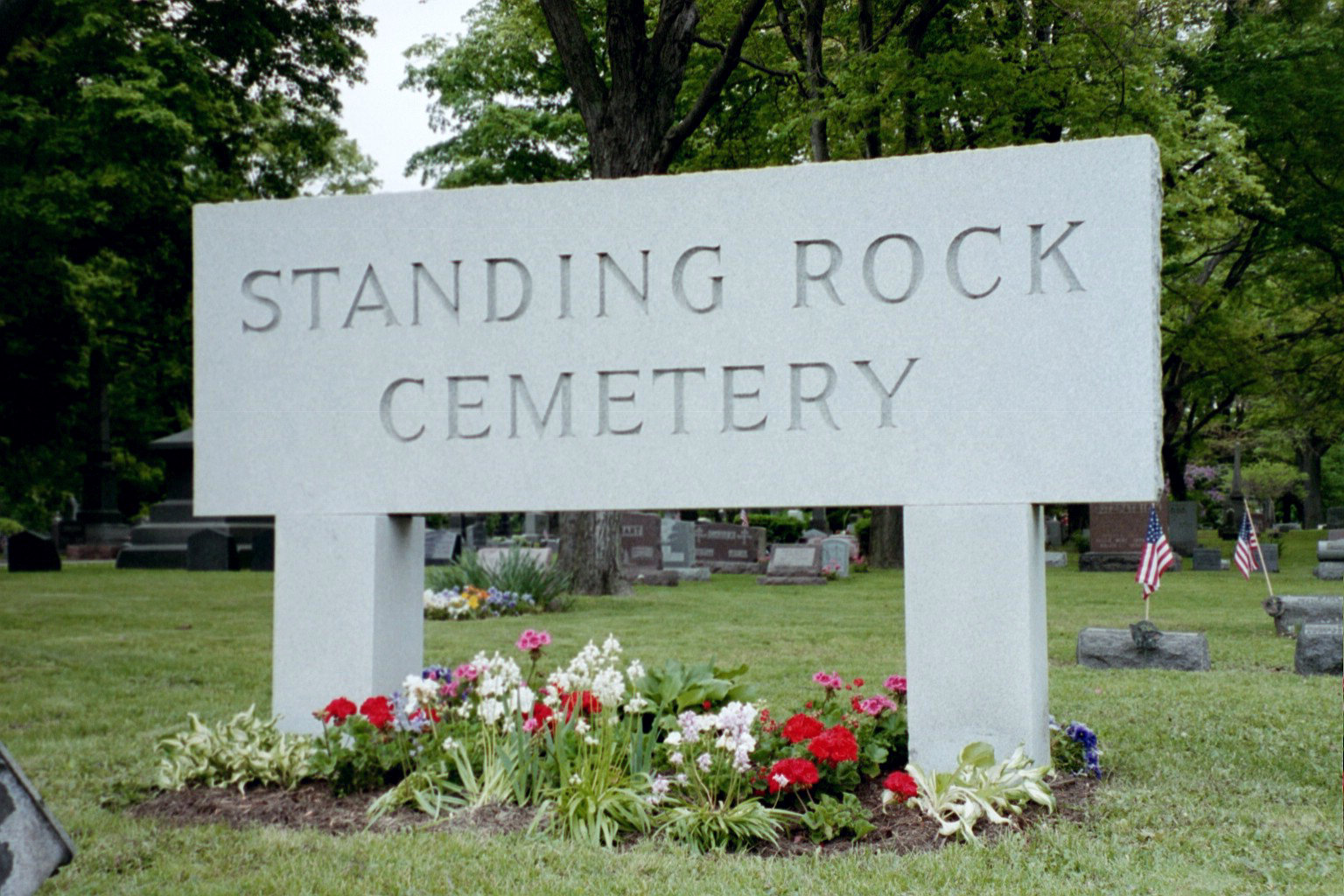